This is the first day of the trip! We left our flat early in the morning around 7am and headed one last time to Adeline's job to leave one excess bag there. Even after so many years of traveling, it s surprising how fast things get heavy ones you have to carry them. After a quick coffee there and a last goodbye to Frank (Adeline's employer) we took the direction of Sydney Central station to grab our first train to the south We arrived in a little town called Gerringong around lunch time.  About 3km out of town, we start to see the start of what is called the "seven mile beach". This beach which is seven miles long (something like 15km) and as easy as it seemed to be, we chose to hike down that beach with our backpacks. The more we were walking down the beach, the more clouds gathered in the sky forseeing something tat would change a nice beach walk into a not so nice one. After 6km, we found a parking space not so far from the beach where we chose to plant our first camp. Of course, camping insn't allowed as in most places along the NSW east-coast, but that place hadd toilets, gaz BBQs and so it became our home for a night. In the late evening, some german road tripers (4wd) came to stop on that spot too and we shared some drinks and talks with them for a few hours until the storm kicked it. Nothing too bad, but it was time to go to bed anyway, so we called in a night and headed back to our tent.
Click here to continue reading »
Posted by Unknown No comments:

Do we have everything?
We will be on the road for the next three months, so it's important to make sure that we take the right stuff and also leave all the unnecessary things behind.

Our friend Dino from Sydney will be taking care of keeping our exceeding luggage safe (Big thanks to him) and to help us pack here is the checklist we made. 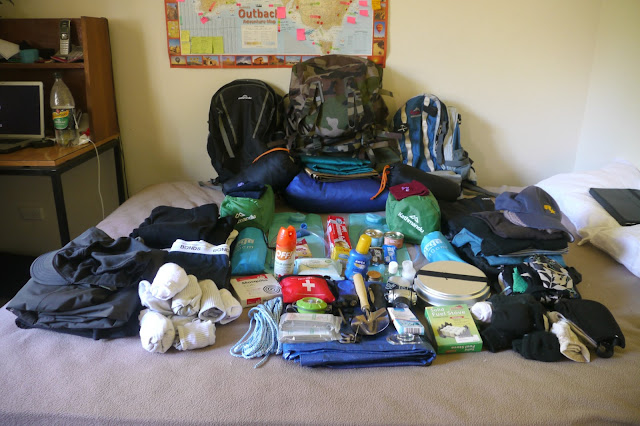 Taking pictures, sharing souvenirs and keeping all of it safe for ever. All these are top priorities on our trip's logistic check-list. How could you plan such a trip, take thousands of pictures and not think about it, right? 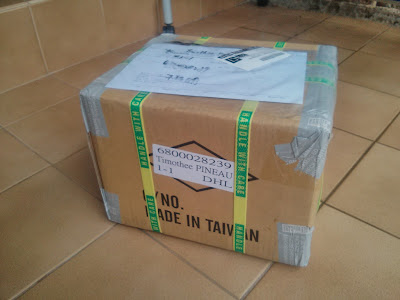 Last week, we received a nice package from Taiwan and now the time has come to reveal what's in it!

Click here to continue reading »
Posted by Unknown No comments:

Only 10 days left before departure! Since Australia is so huge, it is a good idea to prepare a roadmap first before heading off!

Indeed, having an approximate idea of where and when you want to go if you wish to arrive in time without getting lost ... because if it happens (which might probably arrive a few times), it's not minutes that we will loose, but hours!
Click here to continue reading »
Posted by Unknown No comments:

This might sound scary, but a minimum physical preparation is required when you are planning such a backpack trip.

As you can imagine, our backpack won't be feather light. We do not know the final weight yet but our first estimations indicate that we should be nearing 15kg at maximum each. It takes at least that to carry the tent, two sleeping bags, mattresses, cooking gear, cloths, water, food and our beloved gadgets.

This will be our house for the next three months. Thus, it is important to carefully select what will be necessary and what equipment is a must have to be able to share all of it with you... such a smartphone, battery pack, SD card reader, backup hard drive, small computer etc..

Click here to continue reading »
Posted by Unknown No comments: