Our week in Western Australia is over and we are now heading back with the Indian Pacific to Adelaide. Last time we stopped in town, we didn't had time to check out  the city, but this time, we will stay five days.

What people say about Adelaide?

Since we started our trip, we never heard anything good about Adelaide. People in Sydney as well as some young ones met on the road told us that Adelaide is a boring city. True, there are less people living there, probably less pubs and less clubs. Also, Adelaide is a little bit more "lost" in regards to the cities in the neighborhood. So nothing we heard predicted that we could enjoy ourselves in Adelaide.

As usual, the first step is to head to the tourism office and ask for what there is to see in or outside town without having a car. Again, thanks to an "old" person working there, we got all the information we wanted. Museums in town, free bicycle hire and bicycle tracks, hikes accessible by pubic transport and more. There is plenty to do here, and five days won't be enough to check everything out, that's for sure. 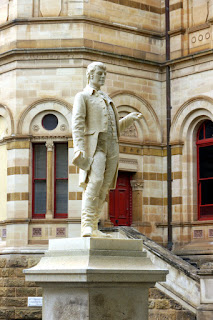 The main museums in Adelaide are all sitting next to each others. So in one day, we could hop-on / hop-off from one museum to another. The national museum, the art gallery and the museum of immigration. Among them, the national museum of southern Australia is definitely a must see. According to them, it hosts the world's most recognized aboriginal collection, as well as quite interesting collections on local animal life, fossils, rocks etc.
The Museum also has free guided tours, and thanks to it, we could learn much more than  just reading the signs. We learns how the local aboriginal population was living before (what tools they were using etc) but also about how Opals are created from fossils of millions of years.

Never seen so far in any of the other Australian cities we visited, Adelaide has this great free cycling hire service. All you need is an ID. They give you a helmet, a lock and you can pick your bike for the day. Thanks to this service, we went all the way from the town to the beach (26km return) and cycled around the several parks that surround the cities. 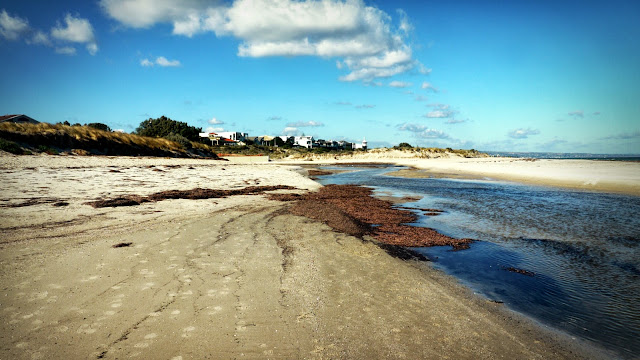 Located on the out-scirts of Adelaide, this small town build by German refugees (Lutherans fleeing persecutions) in the 50s is a typical German town in the middle of Australia. This town remembered Tim of that German town were he grew up in. Handorf's main street is the major tourist attraction. Filled with small shops selling souvenirs, crafts and food (of course). We are welcomed to enter the shops, have a look and even sometimes encouraged to take a taste of the local products. 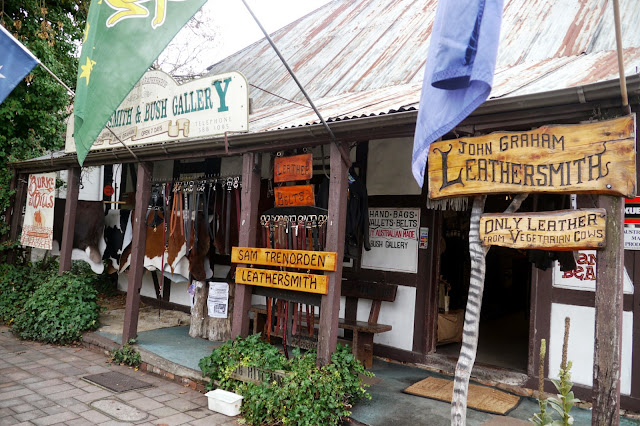 On our last day in Adelaide, we went to visit the Haigh's chocolate factory established in 1915. This is the oldest and the only chocolate factory in Australia to make it's own chocolate (importing cocoa and building up the cocoa powder). In the early days of business, Alfred Haigh, the founder, was selling ice reams and soda drinks. But when his son took over the family business, he made a deal with Mr Lindt in Switzerland in which Mr. Lindt would teach him how to make chocolate if Mr Haigh would teach him English. Deal!
Now Haigh is quite famous here in Australia and has stores in all Australian major cities. We tried and approved, that chocolate is really good!

Adelaide offers much more to do and see. We also went to the botanical garden, the Central market and it's nearby China town. Also, the state library which is our favorite spot to get warmth and Internet. 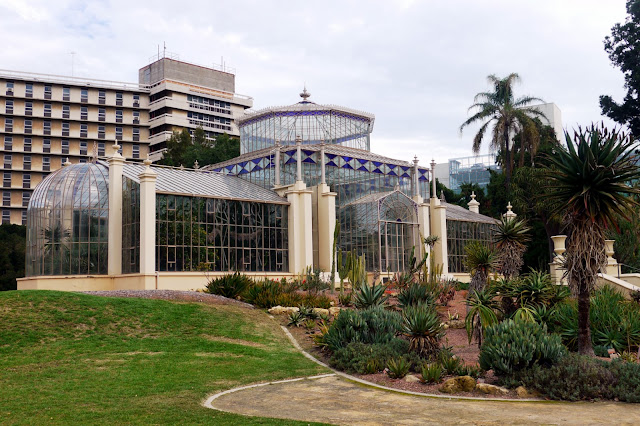