This is our third week on the road. This week, the plan was to stay a few days in Melbourne visiting the city and doing some sightseeing. And then drive along the Great Ocean Road west of Melbourne. 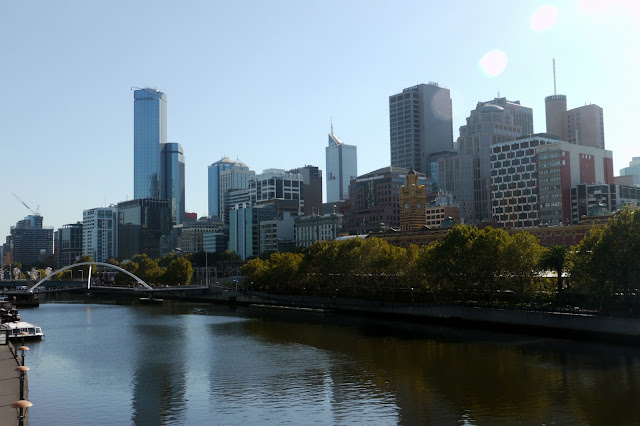 Before starting, lets give you some facts. Melbourne is the capital of the Australian state for Victoria. It has 4.5M inhabitants that makes it the second largest city in Australia after Sydney.

From what we could see, Melbourne holds its reputation of a meltin-pot kind of town, mixing cultures with arts/fashion in a very different fashion than Sydney. Here, the smell of bureacraty is much thinner in the air.
Most buildings in downtown Melbourne kept the Victorian architecture style as it can be found in many cities in Europe and this is probably what gives the city of Melbourne this so unique style.

Here is what we've seen: