One of the things to do when you are near Melbourne is to go check out the Great Ocean Road. And so did we.
This road of 243km build along the coast from Torquay to the Apollo Bay follows the Tasman Sea and offers magnificent landscapes of cliffs, mountains falling into the see and spectacular sceneries.

Initially, we wanted to rent a car, but since we are under 25, insurance costs made us choose to go the "coach tour" way. We took a one day tour with a hop-on / hop-off option. That way we could do it in two days and take the time to check out the city or Lorne.

Why this city? Well because of this:

This is what awaited us after a 25km hike from Lorne and the sunset up there was absolutely breath-taking. Definitely worth the stop. But lets stop digressing, and get started with the story:


Torquay is the first stop on our Journey. This surfer town is the founding place of the world famous surfing brand RipCurl and also the place where "modern" surfing got its latest technological additions. At 9.30am, the see is already full of surfers waiting for the perfect wave in an icy cold water. 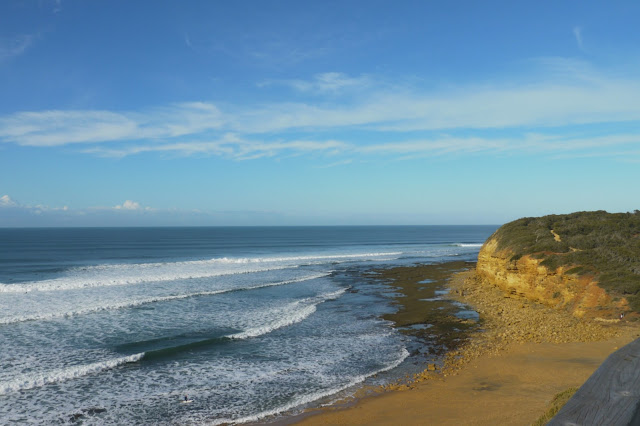 The Arch of Great Ocean Road


This arch was build in 1920. It took about 10 years to build the road, and because it has been build by returning soldiers from WW1, the arch stand here today as a souvenir of the hard work accomplished to build this road. Of course, we couldn't resist to the temptation of taking a cheesy touristic picture of ourselves in front of it! (it's in the album at the end of this post) 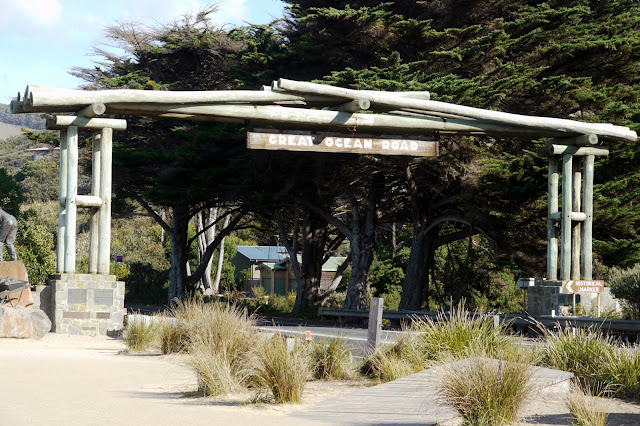 
This is the place where the bus dropped us off. After a quick stop at the information center to get some local maps, we went ahead with the hike. Initially, we just wanted to check out the rain-forest and some waterfalls in the back-country. In the end, we ended up walking for 25km, checking out two of the four waterfalls and reaching the Teddy's lookout where the picture shown earlier was taken. 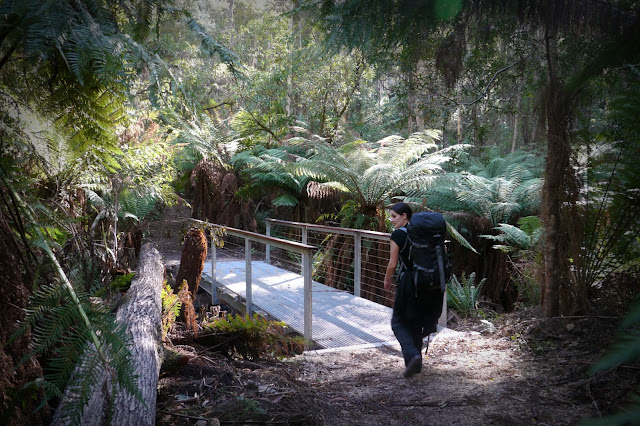 A hard day of walking but quite rewarding. The next day, the bus picked us back up and we are back as tourists!


Along the Great Ocean Road, there are a lot of Eucalyptus trees, and among them, some that are fitted for hosting Koalas. 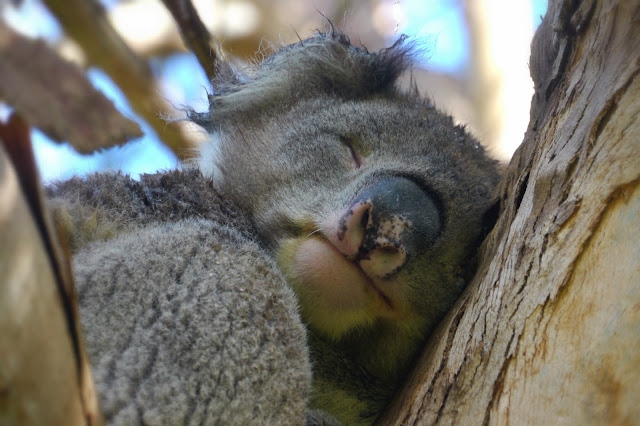 It's not always easy to spot them, but +Adeline being quite good at it, it wasn't too hard to get the "perfect" shot. How cute is this?

Lunch Rest in the Rain-forest


After lunch, our tour bus stopped in a nearby Rain-forest section. We walked for about 30 minutes and while stretching our legs, we saw some impressive 100 meters high rain-forest Eucalyptus trees.

Some of them grew on fallen ones, and ended up having a hole when the lower one got decomposed. 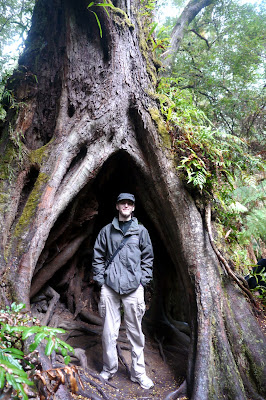 The hole is sometimes so big that you can stand it it!


Last but not least, the 12 apostles stop of our tour bus was the major attraction of the day. Some might say these are just stones standing near the coast, but you can't tell how impressive these are before you've checked them out. 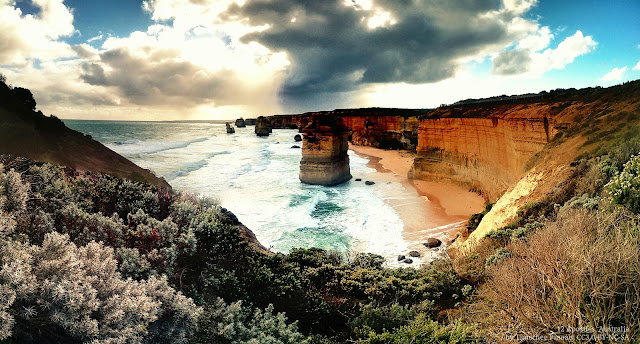 In reality there is not 12. Never was and probably never will be. Originally called the Sow and piglets, these standing stone got renamed in the 50s for touristic purposes and the name stood ever since.

These rock formations are pieces of the coast-line that with the erosion slowly saw the surroundings been taken by the ocean. It is agreed that with the continuous ocean levels rise and continual erosion, there should not remain any apostles standing before the next century.