Brisbane! This is the last big stop of our trip. Compared to the other Australian cities we've been to, Brisbane is the third largest city with over 2 million inhabitants - right after Sydney and Melbourne.
During our stay in Brisbane, we will stay at Seiji's place, a mexican friend that Tim knew from Sweden. Seiji is in Brisbane since January and undertakes there master studies.

As for most large Australian cities, Brisbane is a city build on/near water. Located at about 20km from the ocean, the main source of water in Brisbane is this huge river that flows towards the ocean,
On our arrival in Brisbane we were not lucky and got some rain. But it didn't stayed long, and we could quickly hop on bikes to cycle along the riverside. 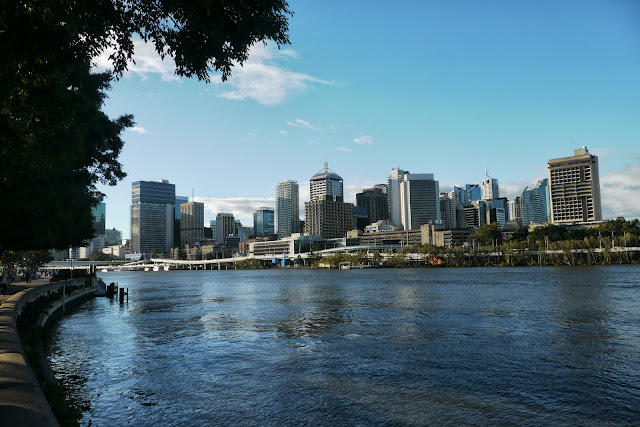 On the following days, we walked several times from Seiji's place to the city centre. Along these 5km, we discovered most of the cities museums, the botanical garden and the city centre itself with its shopping mall and boutiques.

We also discovered that Brisbane has a strong link with Taiwan. A plate commemorates the link established between Brisbane and the city of Koashiung in Taiwan. Maintainging friendly relationships, there are a lot of Taiwanese tourists coming to Brisbane as well as young students. 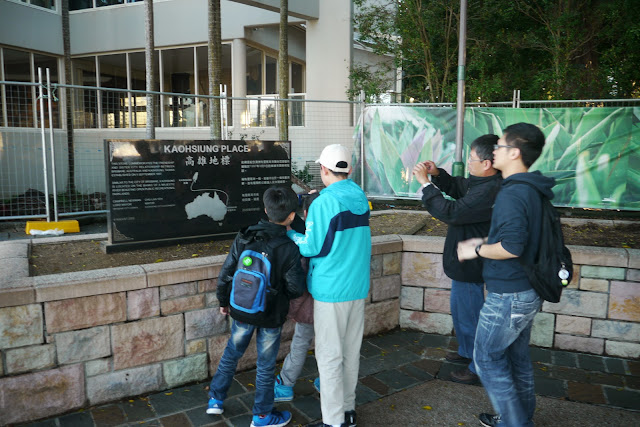 With Seiji we also went to the Mount Coot-tha, Brisbane's highest peak and major attraction. From their, you have a 360 degree panoramic view of the city. Then, we slowly hiked out way down and discovered along the walk traditional aboriginal arts dating from the 90s. 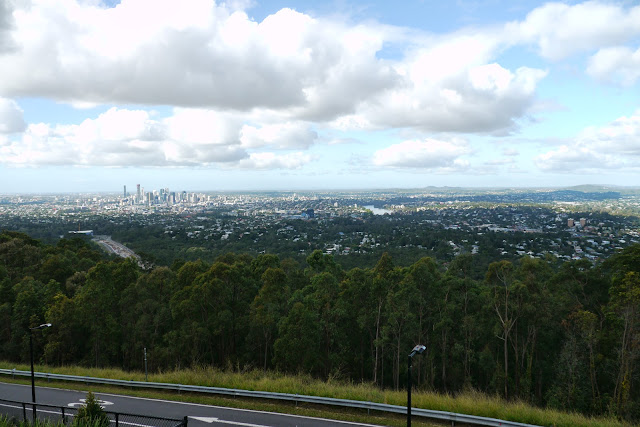 For our last day in town, we improvised with Seiji a picnic on the Riverside (near Kangaroo point). Then the day concluded by a ride back on the city cat, the cities' ferry. 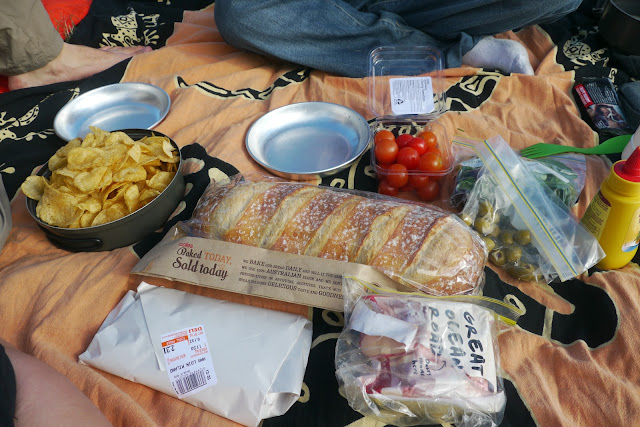