Bundaberg and the Rum!

Bundaberg is a small township in the Australian state of Queensland. It is about 24h train from Cairns hosts about 70,000 inhabitants.

Bundaberg? Famous in Australia, you, outside might also have heard this name. Especially if you often take the plane and shop around airport duty free shops. The brand is famous for one thing: Rum, and such since 1888. 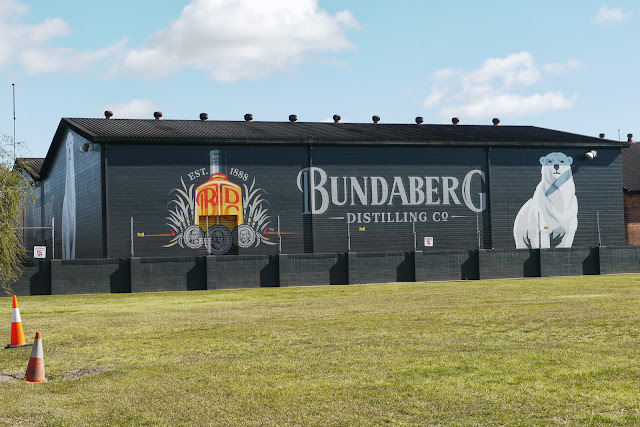 In our previous posts about Cairns,  you might have noticed a picture from a sugar cane field. We've been quite surprised by the sight of it when we first arrived in Cairns, and most of the landscapes there are covered with it.

Once the sugar has been extracted from the cane, there is only a viscous by-product left called Molasses. This is the first ingredient used to produce Rum! 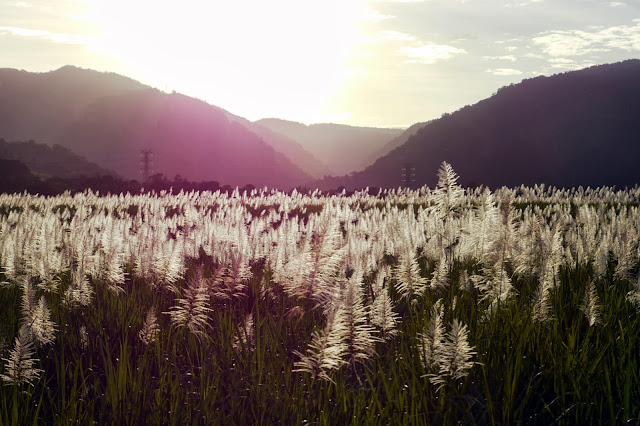 Tour of the distillery

If we hop off the train here in Bundaberg it is just and only for the Run; nothing else! The tour offers a quick process introduction to the making of Rum as well as a guided tour of the whole facilities.

Before entering the first building, we pass first in front of a huge building. That building generates lots of smoke and is the place where the sugar is first extracted from the cane before the Rum process takes over. 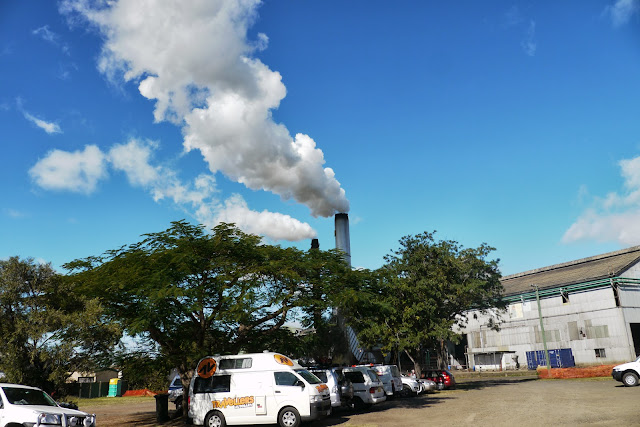 The first building holds a huge open tank of molasses. It is quite smelly and looks like sticky mud. That molasses is later on mixed with water, washed and prepared for fermentation in order to create alcohol!

After that step, the alcohol level isn't sufficient yet to call it Rum, so we switch to distillation. At this step, the mix is boiled and condensed to retain as much alcohol as possible within the smallest concentration. 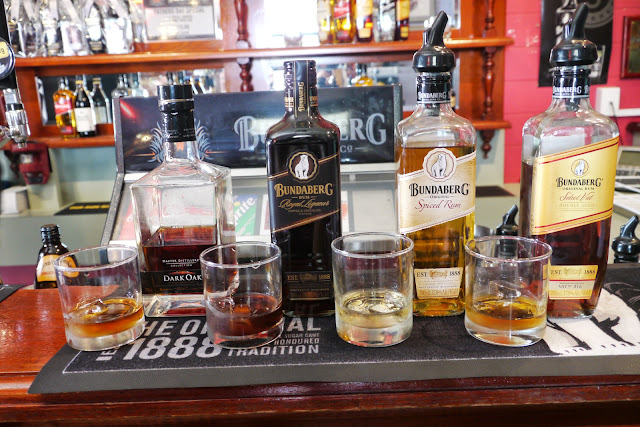 That strong alcohol is  then placed into huge 75,000 liter casks to rest for a few years. It is within these maturation years that the Rum (similarly for the Whiskey) is getting its flavors and colors.
The wood used to build the cask is important as this is what gives to the each Rums their respective tastes and colors. Bundaberg import used Bourbon casks from the US (as all scotch Whisky's).

Once matured, the Rum is pumped into bottles, labeled and shipped. You can find a bit of Bundaberg Rum outside Australia but it remains a fairly small quantity as Australia consumes 96% of the production, 3% goes to New-Zealand and the rest to international export.